“Tools to measure your site speed”

If you’re running a blog or site, it’s a good idea to periodically measure site speed and performance for search engine optimization (SEO). There are various SEO elements, but the most important thing is speed.

If the site initially opens and does not load quickly, visitors will press Back and the exit rate will increase. Therefore, it is recommended to correct the problem after measuring the speed and performance of the site.

Recently, as the number of visitors has decreased sharply, I’ve been working on reorganizing the entire site, and I’ve had a hard time solving this problem for a few days because the TTFB (Time To First Byte) level, which is important to SEO, was not high.

Since we don’t get good grades right after modification, I think the number of visitors will increase again if we make efforts by checking regularly. Then let’s look at some sites that can be referenced by measuring site speed and performance.

Why Site Speed Is Important 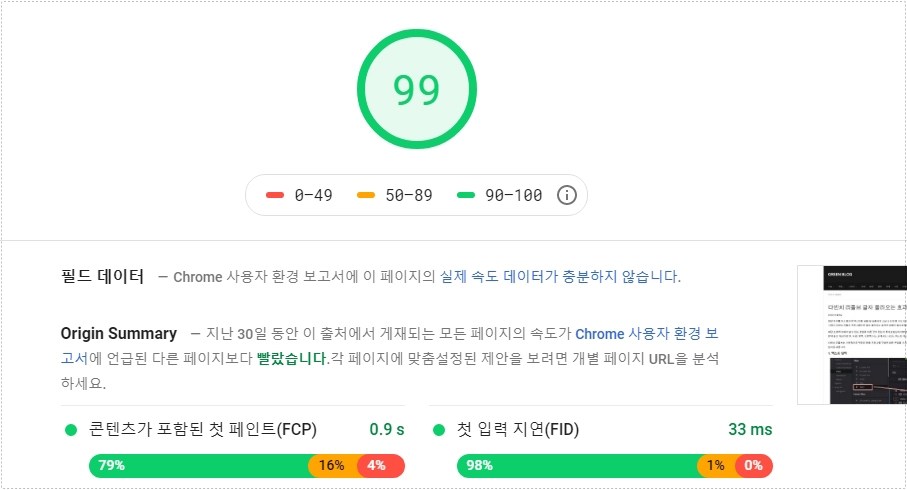 Google provides PageSpeedinsight, which is the most frequently measured by website or blog owners. It’s a score, so many people try to post it, but when they see various posts, they say it’s not an absolute factor.

However, it is provided by Google, and FCP and FID are also referred to in Google Console, so even if there is an opinion that there is no SEO impact, I want to raise the score.

So after you measure it, look at the corrections below and make the corrections as much as possible is also a way to improve the site’s performance. I went through a few days to make 90 points to improve this score, and I think FCP and FID are the most important things here.

There is an official explanation about this part, and if you look at it, FCP is faster than 1 second and FID is faster than 100 milliseconds. So since it’s related to speed, I think it’s better to make it fast after looking at the recommended modifications.

The GEEKFLARE site is a site that has a variety of features but can measure Time To First Byte (TTFB). Although there are not many modifications like PageSpeedinsight, you can measure the TTFB that you recognize the most.

There are 3 cities that measure it, and it’s not Korea, so it’ll usually come out low. For Naver, the server itself is good, so it’s about 134 and I’m about 445.

I could see that 1~500 is average, and it would be nice if it was low, but there could be limitations due to the server that is being used even if it makes various efforts. If it’s too high, try reducing TTFB numbers in a variety of ways, including server upgrades, plug-in usage reduction, JS reduction, and CSS reduction.

GTmetrix is a measurement site recommended by foreign users. In addition to TTFB, you can see the scores of various performances, so you can see what the problem is at a glance.

The measurement here is in a foreign region, so you can load quickly but you can come out late. Still, you need to modify the various performances below to improve the site’s performance.

Because there are various performances such as cache plug-ins, fewer plug-ins, fewer JS/CSS, and adding expiration headers, if too much scores are low, it is recommended to modify them even if it takes time.

In addition, there are various measurement site speed and performance measurement sites, but it is recommended that you measure your site or blog and make corrections in terms of SEO if the score is too low.

I recently fixed a lot of problems in this area, and it takes time for the results to come out, so I will write a post about what changes have been made later.

▶ Two ways to create a Google Docs Table of Contents