“In the dim spring, I knew it would be as beautiful as flowers. – The Youth of May. “

The character poster for KBS 2TV’s new Monday-Tuesday drama “Youth of May,” which will premiere on May 3, was released on official Twitter. Youth of may is a Monday-Tuesday drama that is scheduled to air as a follow-up to the popular Moonrise River, and it will be organized into a total of 12 episodes from May 3 to June 9.

The cast has been to ‘Go Min-si’, known as Sweet Home Lee Eun-yu, and ‘Lee Do-hyun’, who played Sweet Home Eun-hyuk. Lee Sang, who played Yoon Jae-seok, and Geum Sae-rok, who played Seo Seung-ah, a passionate priest, will appear.

Youth of may is a retrohuman melodrama of two men and women caught up in the middle of the whirlpool, filled with wailing, romantic blood, shouts and spicy acting, with the love story of Hee-tae and Myung-hee who fell into each other like fate in history in May 1980.

You can find out about the person through character posters and official Twitter released on the 26th, and Joan of Arc Lee Su-ryun (Geum Sae-rok), a three-year-old younger brother of Lee Soo-chan, who leads the student movement in the 80s, dedicated everything to bringing together students.

Kim Myung-hee (Go Min-ji), who is described as a warrior rather than an angel of white, is a third-year nurse with a relentless attitude and determined personality who runs to one dream despite all kinds of hardships after leaving her hometown.

Lee Soo-chan (Lee Sang-eun), a businessman at a trading company who returned from studying abroad in France, emphasizes the pain Lee Soo-chan suffers as the eldest son of a wealthy family like the phrase Noblesse oblige.

Hwang Hee-tae (Lee Do-hyun), who entered Seoul National University’s medical school, is a character who shows determination and deep sadness against prejudice surrounding him after returning to his hometown after suffering from trauma.

In addition to character posters, teaser posters, four-person posters, and couple posters have been released, and previews can be seen on KBS YouTube channel.

The production team showed such perfect chemistry that they couldn’t stop smiling during the poster shoot, saying that when they had to express the affection of young people living in the 1980s, they showed off their perfect immersed acting skills and asked them to look forward to youth of may.

The character poster released this time can be found below.

▶ It will be shown at the Ailee regular album ‘LOVIN’ concert stage. 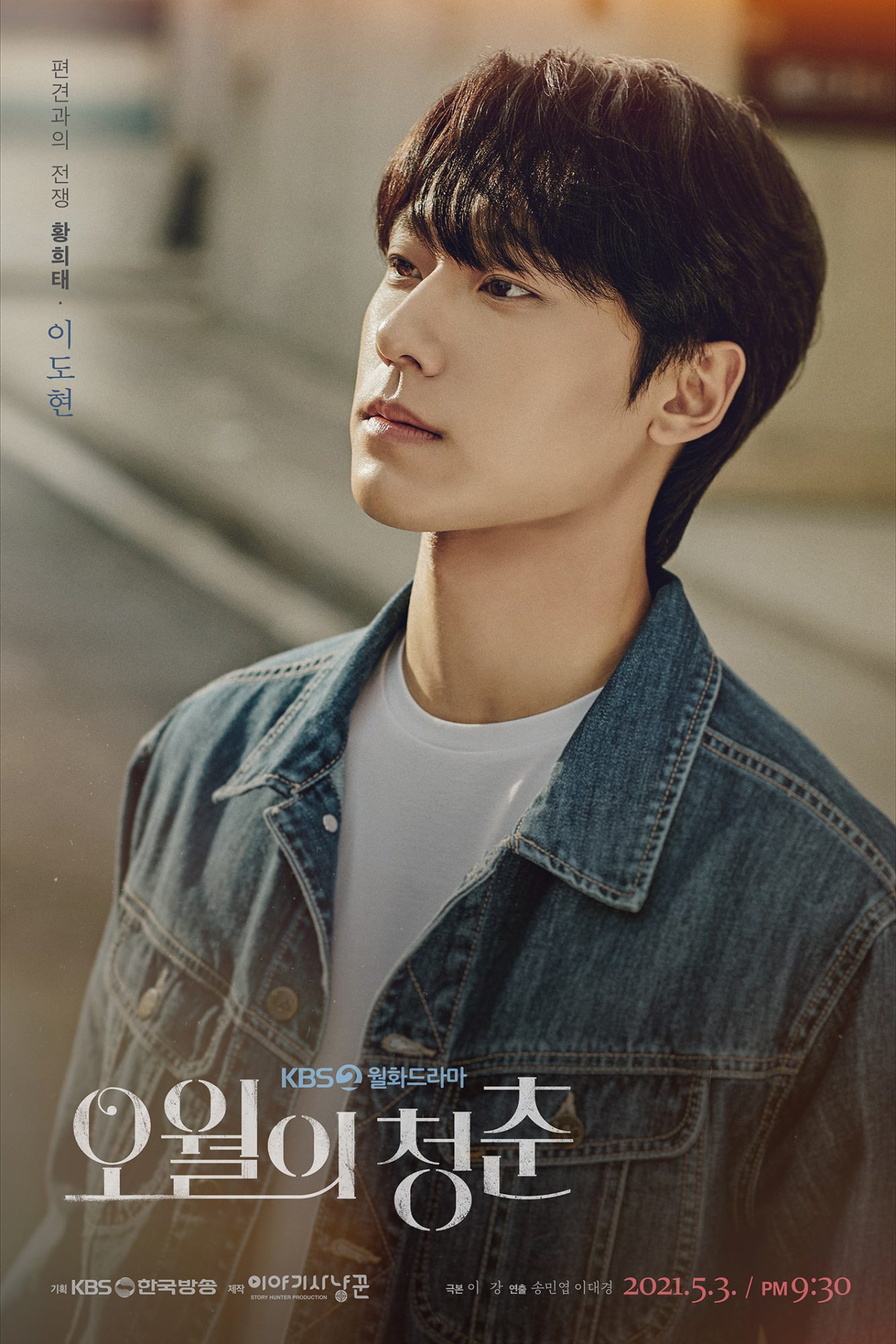